The state that wasn’t formed by convicts, but by creatives, … and winelovers. The state is renowned for the Barossa Valley and much much more. But what did we really see of South Australia..?

Getting out of Victoria
After an adventurous night in yet another forrest, we allowed ourselved a day with Eugene next to a lake. Then, through Goroke and anywhere that’s not the main highway, onto South Australia. We stopped in a few towns along the way, some were a little decayed, some were just one street, but as soon as we hit the highway: one straight line to Adelaide, meeting up with Hannah!

Adelaide
And how perfect was that, we were allowed to stay for as long as we wanted and although we were set on seeing the city, the first day we sat on the couch and watched TV. Beautiful! It’s funny how you don’t miss that big soft sofa on the way, but when it’s there, right in front of you… So good to just sit there! It was great catching up, wine, someone pulling a sickie at work, and then off to the  chocolatefactory!

Yes, I visited a chocolatefactory and it was… a little bit of a let down… No Oompa Loompas, no bathing in chocolatebaths, no rainbowfilled euphoric nibbles of the god’s gift, no one singing… But! It was really nice to get some free chunks of chocolate and even though Bev – the tour guide – was loud and obnoxious, we really didn’t learn anything.

Where are we going?
After running amuk for a few days, we set sail and on the morning of our departure, we completely flipped around our travel itinerary. Instead of heading straight to West Australia over the Nullarbor, we’ve decided to go straight up north, through the Red Center, and then travel down along the West Coast. So, north we were headed and we didn’t stay in South Australia that long, but we did manage to see a spaceship along the way… 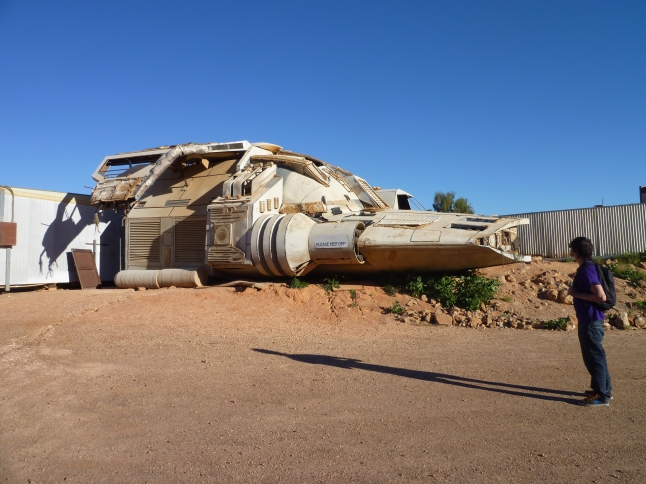 I also write for this blog!